hah that's a good one

We had the Odyssey2 when I was a kid. 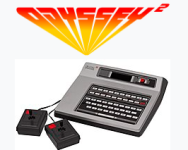 When dropping copper, one at a time on the ground was a weapon of mass disconnection.

I had to search for an online pic to show exactly what I saw during med time in my young cleric years.

My first toon was an Ogre Warrior. I chose that for the reason they always stood around and scratched their butt all the time. I thought it was funny. One yellow disk to install the game, on a 30 meg hardrive

Knorrli said:
I had to search for an online pic to show exactly what I saw during med time in my young cleric years.

Cheater, scribing sow on a cleric.

Played this on our Digital VAX at our high school! Endless fun 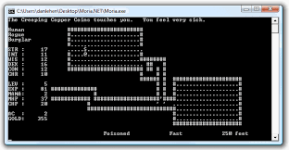 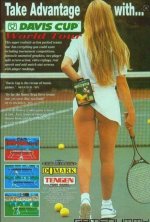 Heh, this was a fun one back in the day 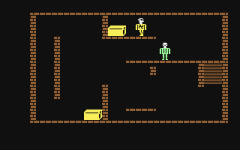 This was a fun one as well as the old western trail game….

Yea I know most of you never saw this

SomeTester said:
I remember meeting my fist boxer when I played on Test server. Back in like 03-04. On test there was a "high end (for test) raiding alliance. Not one guild but it was exclusive and was the only group that raided near end game. Usually an expansion or so behind live.

Well then there was the B-Squad and I say that lovingly. It was everyone deemed "not good enough" to raid with the big dogs. It was run by this guy who mained a SK. And he also ran a shaman and a 3rd box. I was BLOWN AWAY at this concept. One day he "loaned" me his spare account that had a cleric on it. That was when I learned the power of alt-tab boxing. With my trust bard I would /melody, auto attack, and then alt tab over to the cleric and just spam heals because I had no Idea how to play a cleric. It was cool doing content I was never able to do before.
Click to expand...

Old post but somehow missed this thread since it popped up. I will say my first time boxing was Kunark release. I added a Druid to my necro and used him to snare + dot a bit (+sow). Let me hit 60 pretty damn fast. 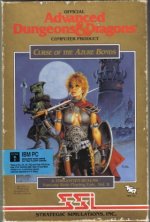 learning basic on a TSR-80

mudbug said:
learning basic on a TSR-80
Click to expand...

The Trash 80 I learned basic on!
M

The funny thing I find is Macroing is more advanced in many ways.

mudbug said:
The funny thing I find is Macroing is more advanced in many ways.
Click to expand...

Slade the Magician said:
At this point I spend more time talking about all the experiences I had with friends than making new ones
Click to expand...

I first tired to make a joke about this, but decided most would not understand the joke. Therefore slapping Chris Rock again would not enhance the joke.

Having Atari thumb, and snapping 2600 joysticks every few months.

Clearly Not of This Planet

. No idea if they do EC on tlp early since I returned later when Rizlona was out but Figured it could be last year vs 23 years ago.

Mogley said:
My first toon was an Ogre Warrior. I chose that for the reason they always stood around and scratched their butt all the time. I thought it was funny. One yellow disk to install the game, on a 30 meg hardrive
Click to expand...

As a kid I played RuneScape. The original. They had a mechanic in that game where if two entities are engage in combat they became an obstacle that couldn't be moved through. Essentially a wall. You could go around the engaged players/NPCs, but not through them. It was used creatively in PvP to block escape routes or other paths.

I thought I was hilarious as a kid making an Ogre that wasn't KoS in Freeport. Maybe Agnostic Warrior? Maybe killing Orcs for a while to not be KoS. It's hazy. I would occasionally go into Freeport Bank and just crouch/squat in the doorway and just stay for a while. Idle animation of him scratching his butt then returning to the crouch. His name was Doorblocker.

My son is 6 and likes to play games like Roblox, and I see him doing similar things and just laughing like a hyena.
H

the street fighter arcade game was the best game for me. And bbs download. 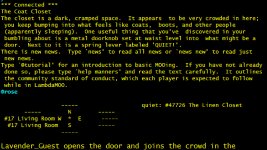 Zork on a Compaq Luggable.
S

Is it safe to throw away my Ultima 7 DOS boot disk yet?
L

mudbug said:
learning basic on a TSR-80
Click to expand...

Its in that place where I put that thing that time 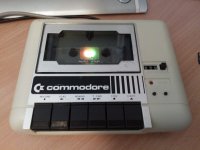 I got banned from Radio Shack.

I used to go to the mall, frequently, and make a quick basic program that said "This computer sucks!" and have it wrap the text and repeat. I did that for about 3 or 4 years. I always made sure that all the people that worked there were busy before I did it. Unfortunately, an employee came back from lunch, saw what I was doing and caught me. They kept saying that they were going to arrest me, but in the end they just banned me.

It didn't keep me from continuing to do it though....

heading to crushbone in hopes a magic weapon to hit ghouls in sro
You must log in or register to reply here.