Here is a video of me 5 boxing (and 1 Rogue Merc) the ToV Velks Hero Mission. All the toons are running Core/Entropy, Zerker is using zerker plugin, and I'm Playing the SK manually.


Phase 1: RESTLESS TIJOELY
This first boss is pretty straight forward with 1 emote for a single person to run away. In the video you don't see him do the action for the emote since I burned him down before he performed the action, he did however choose a target for the emote, but I just ignored it. If you don't have the DPS to burn him down before the emote, run whatever toon he calls out away, then after a few seconds he will turn towards said toon and run to the spot they were standing in, he wont keep following them, so be ready to move the emoted toon again after he starts running.


Phase 3: BLED ENRAGED
During this phase you'll still have the little grummus adds running around, so hopefully you have an extra ground spawn to make them go away for a bit. During this fight I pretty much ignore any and all emotes thats happening around me and just heal through it, as you can see in the video theres AE damage happening from the big green aura, if you cant heal through it I would suggest running out of it and just keep repositioning the boss.


During this event there will also be a WITCH that roams around, you dont see her in my video. If you happen to have lower DPS youll likely see her, there is an achivement for not messing with her, so just move the bosses away from where shes roaming to negate her. 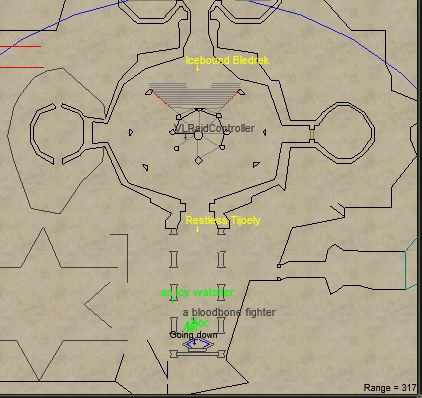