I have been using MQ2EQBC for years with EQBC Interface from ieatacid. The interface is great, but it's lacking a few features... I'd like to implement additional functionality in EQBC interface, but ieatacid never replied to my comments on the MQ2 forum regarding EQBC Interface.

So, I decided to re-write it from scratch on my Linux box. I would like to add some functionality (mercenaries, customizable hotkeys, etc...), but I don't believe there are TLOs for some of the information I want to get from EQBC to my EQBC interface (I may need help there). I would also like to send additional information through EQBC.

If anyone is interested in an updated interface, let me know. Right now, the basic functionality is there (it looks a lot like ieatacid's interface right now), and extending it should be relatively easy.

I have also considered adding SSL/TLS support to EQBC and EQBC Interface if anyone's interested in that idea... 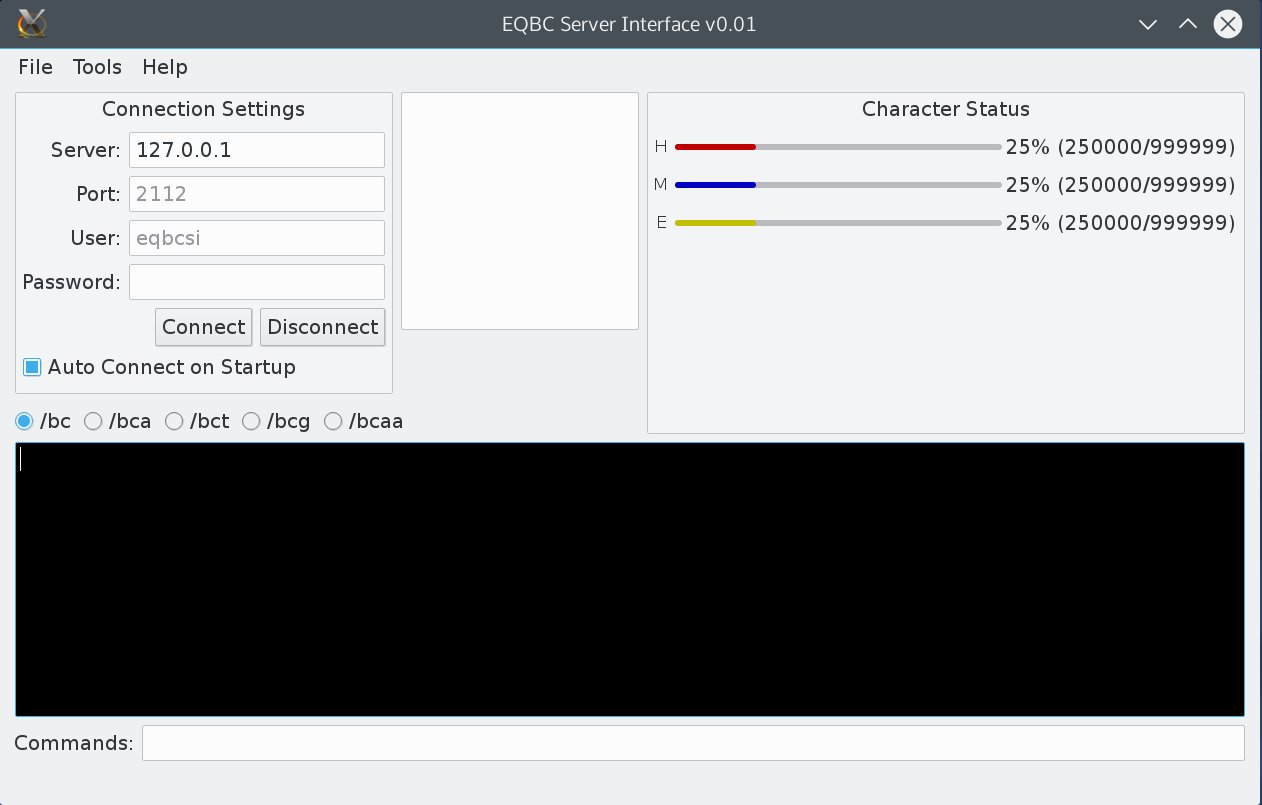