Question - Jumping Back In. (1 Viewer)

Hi RG Community. Deciding to jump back into EQ and had a few questions.

I left the game during Omens of War. I am playing 6 now but hope to move to a full raid in the near future. Where should I jump back in? My initial thoughts were to jump in at the RoF expansion for the heroic AA and play RoF- current. Do I do all the content? is there stuff I can skip? Is this the right starting point? Looking for some direction on how I can gear / level / adorn up the fastest to play the current game. I went back and did all of my main groups epic 2.0 (is this a waste of time?)

Also, for computers, I use ISBoxer. I have the auto login profiles etc working. I was wondering how many instances of the game I should be able to get out of my main computer before I have to tap into computer #2.

definitely make sure to check out the >>> framelimiter <<< vid - this thing is leaps and bounds beyond anything we had back in yesteryear for multiboxing background performance.
Upvote 0 Downvote
M

Yes, welcome back. You will get some good info from this group that is always helpful.
Upvote 0 Downvote
N

You'll get a bunch of different answers from different people about what expansion to jump back into, but here's my take:
So if it were me, I would buy level 85 heroic toons or just PL a team to 85. At that point, I would start running TBM missions to get my tank, cleric, and CC geared up. I would put DPS classes in the best they can get. I'd get all of the 2.0's that I needed around 85-90 and flirt with other expansions whenever I get bored of TBM stuff. At 105, I'm ready to move on to the next expansions (either EoK or RoS, depending on the team/gear) and work my way up.

The caveat is that I don't know how the 100-level heroic characters will fit into this when they go live. 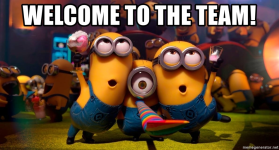 Welcome back, get in here, lets do this thing! 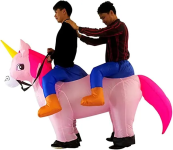 Thanks for the welcomes and feedback. Truly appreciate it.
Upvote 0 Downvote

Hi and welcome back!

So 2 months later I can say I am really enjoying myself. This LUA thing is freaking awesome! Created my 1st one and loving the power of combinging plugins and LUA's with Macros. MQ2Grind and MQ2Overseer are sexy AF as well. Comunity is even better than when I left. 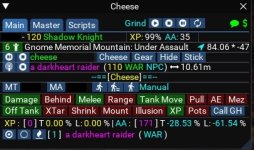 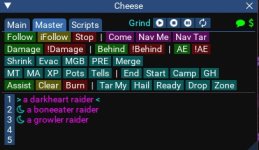 WenzelJD said:
So 2 months later I can say I am really enjoying myself. This LUA thing is freaking awesome! Created my 1st one and loving the power of combinging plugins and LUA's with Macros. MQ2Grind and MQ2Overseer are sexy AF as well. Comunity is even better than when I left.

Hello WenzelJD,
Happy that you had a good time. You defo came back on a time frame where RG MQ have had a lot of improvements, it's wonderful now compared to 16 months ago :=)
Upvote 0 Downvote
You must log in or register to reply here.

Discussion - Back in the saddle

Funny - back in them ol'days